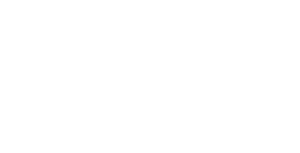 Agility is about being able to receive signals and make strategic change. But it’s also important to be able to receive, process and act on information quickly at an operational level. This is increasingly the expectation of customers and partners. Being able to do so reduces your risk with shareholders and regulators — you are always ready to respond.

There are two approaches to improving performance. One is to speed the flow of information through the organisation. The other is to push power to the edge, closer to customers and partners. I’ve seen examples of both approaches in my work.

Push power to the edge

In retail it’s increasingly common to push marketing and merchandising decisions out to the edge of the organisation to allow rapid response to market changes and opportunities.

I’ve seen this a lot in the research I’ve done with Salesforce Commerce Cloud.And elsewhere — take, for example, the response of LIDL to the departure of Zayn from One Direction. According to its submission to the UK Social Media Communications awards (of which I am one of the judges), it received the news through its social media team, organised a response, and then shared that response in a matter of minutes . Since 20% of the band had left, they wiped 20% off the price of One Direction Easter eggs. A neat and effective response that won them an award.

One of the most interesting areas of development within the business right now is — perhaps surprisingly — finance. Finance was the birthplace of corporate IT, and yet all the action in recent years has largely been around marketing technologies. Now though, finance is catching up.

The work I’ve done with Prophix on the future of finance has shown that there are many organisations starting to leverage technology to accelerate the flow of information through their business with finance acting as a hub for this information, providing the tools and skills to collate and process and share value across the business.

In the process, the time-lag for information coming from and through finance has been cut from weeks, to days, to — in some cases — hours. With better historical information people can also project forward much more usefully.

In some ways the approach you take to accelerating your response doesn’t matter. The reality in any complex business is that it will likely require a combination of both. But you have to find a way to stay in sync with the market and environment around your organisation. And since those are getting faster, so must you.

You are at: Home » Acting faster on information