This winter, like most winters, I’ve been ill. As an asthmatic, I’m susceptible to every respiratory bug going. With two kids in nursery, it’s pretty much guaranteed that every bug going will find its way to me. And so, for about the fourth year in a row, I’m on antibiotics.

I hope they work as well this time as they have in the past. But they might not. And it’s even less likely they will work in the future. Because some strains of Staphylococcus aureus, the bacterium infecting my lungs, are gathering resistance to antibiotics. Heard of MRSA? Well the ‘SA’ stands for Staphylococcus aureus.

The drugs we have for treating bacterial infections are becoming progressively less effective as new strains of the bacteria develop with better and broader resistance to the antibiotics we have. It’s a fascinating process that causes this: a kind of accelerated natural selection.

Our solution to this in the past has always been to introduce new antibiotics. Ones to which the bacteria have not evolved resistance. This was always a fixed-term game but by minimising the use of these more powerful antibiotics to the cases where they were absolutely needed, we could extend their useful life. Now however there are so many cases where bacteria have proved to be resistant to first line treatment that the long term effectiveness of our second and third line treatments is under threat.

So, we have a massive pharmaceutical industry lining up the next round of big guns, right? Wrong. 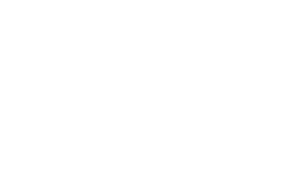 As this chart from the research group Extending the Cure (which I picked up from this article in Wired) shows, the number of new antibiotics in development has fallen sharply.

I always imagined that making and selling drugs was a pretty good business to be in. If your drug can cure someone’s sickness or even alleviate the symptoms, then they’re pretty motivated to pay for it. And there are a lot of people in the world suffering some pretty common complaints that you could alleviate. Surely the volumes of antibiotics used worldwide guarantee a pretty good return on researching new ones?
It seems not. One widely accepted reason for the dearth of new drugs is that antibiotics just aren’t profitable enough. As William Schaffner, chairman of preventative medicine centre at the Vanderbilt University Medical Centre in Nashville put it in an interview with ABCNews: “If you create a new drug to reduce cholesterol, people will be taking that drug every day for the rest of their lives. But you only take antibiotics for a week or maybe 10 days.” He likened it to selling a car that could only be driven if every other vehicle wasn’t working.

Now I don’t entirely buy this analogy: if you have a fairly fixed timetable within which the other cars are going to be off the road, surely there’s reason to invest today? But the drug companies know an awful lot more about profiting from drugs than I do. However important their work is to human wellbeing, they are companies and what they are there to do is make profit for their shareholders.

I have no issue with capitalism as such. It has done OK at getting us to the point we’re at today. But examples like this really point out its holes. When there are no economic incentives to create drugs that save lives and alleviate suffering, you know the system is a little bit broken.

Some have suggested creating incentives for the drug companies to go back to making new antibiotics. But when you have to twist a market to serve such noble ends, perhaps the solution lies elsewhere?

And this is where I get to the future aspect of this post. In the creation of drugs, as we increasingly will in other areas crucial to human life and happiness, I think we need an alternative to the market.

When the drugs don’t work, and the market won’t fix them, it’s time to think a little differently.

You are at: Home » Why the Drugs Don’t Work and the Market Won’t Fix Them